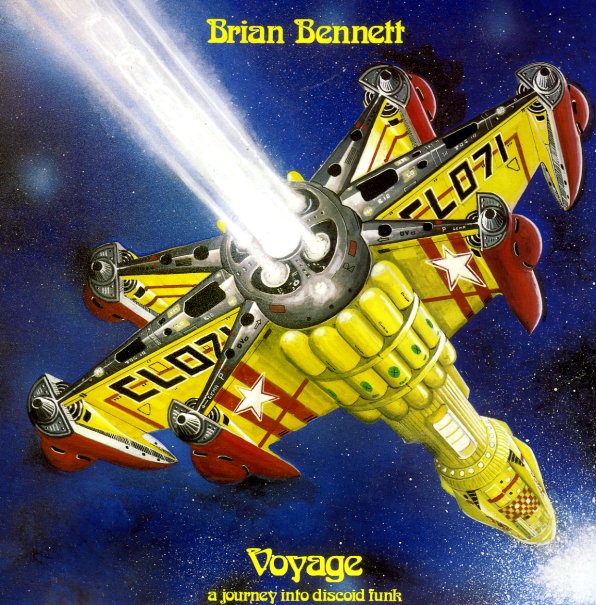 Voyage – A Journey Into Discoid Funk (with bonus tracks)

A really heady record from British drummer Brian Bennett – an artist known for both jazz and funky sound library work – here stretching out in a mode that really fits the image on the cover! The tunes are longer than some of Bennett's earlier sound library material – almost a mix of progressive energy with jazzier funk – a lot cooler than the disco reference in the title might imply! The set's got tremendous keyboards from Francis Monkman – who handles all the spacier elements, while the drums of Bennett works the rhythms with bass from Alan Jones – on long tracks with plenty of complexity, but also plenty of groove! Titles include "Voyage", "Solstice", "Chain Reaction", "Pendulum Force", "Air Quake", and "Ocean Glide". 2CD version features a full CD of bonus material – including 7" single mixes of "Pendulum Force" and "Ocean Glide" – and working mixes of every track on the album.  © 1996-2021, Dusty Groove, Inc.