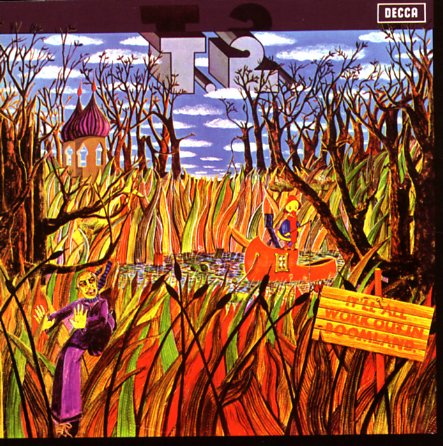 The one and only album from T2 – an incredible British group with a sound that should have been huge! Like some of the best of their generation, T2 is a trio – featuring some heavy guitars from Keith Cross, vocals by Peter Dunton, and rumbling bass from Bernard Jinks – all brought together with a sound that's sharply focused in its vision, yet freely expressive in execution. There's a great mix here between jamming passages and softer sensitivity – never as forced as on some of the early King Crimson records, but with a similar sort of sharpness and range that should have gotten this one to a much wider audience. Titles include the side-long "Morning", plus "In Circles", "JLT", and "No More White Horses". This wonderful package really increases the too-small legacy of the group – as it features 16 more bonus tracks – titles from the rare T2 record, and other material recorded in 1971 and 1972 – tracks that include "Fantasy", "Careful Sam", "Minstrel", "T2", "PDQ", "Closing Your Eyes", "Into The Red", "And Time", "Looking Back", "Questions & Answers", "The Gambler", and "Timothy Monday".  © 1996-2022, Dusty Groove, Inc.