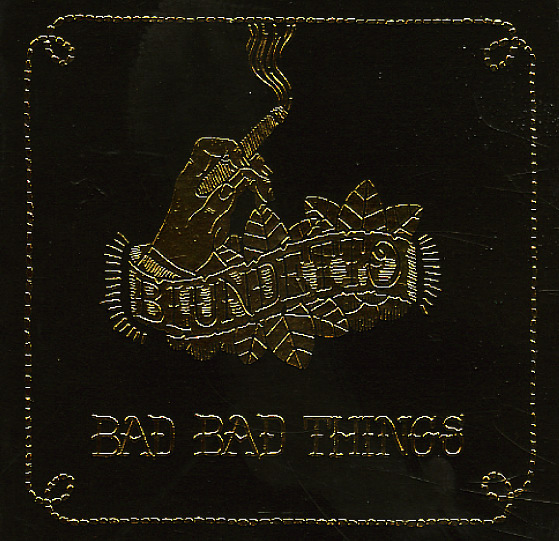 The first full length from Blundetto – a Parisian radio programmer and artist showing impeccable taste here – with a slyly dubby and reggae & soul influenced groove and featuring collaborations with The Budos Band horns, Chico Mann, Tommy Guerrero, Lateef The Truthspeaker, Shawn Lee, Genreal Elektricks and Hindi Zahra! Blundetto shares compositional credits with the guest, and it has the feel of collaboration with that atmopherically soulful core groove. Really nice work for the Heavenly Sweetness label! Titles including the Blundetto cover of the Bob James classic "Nautilus" plus "Voices", "Mustang", "Mi Condena", "Cuban Shirt", "Party Animals". "White Birds", "Ken Park", "My One Girl", "Bad BadThings" and "Sunset Stroll".  © 1996-2021, Dusty Groove, Inc.
(Out of print, limited edition – comes in a cool box with foil cover, stickers, and a poster designed by CHAOS.)