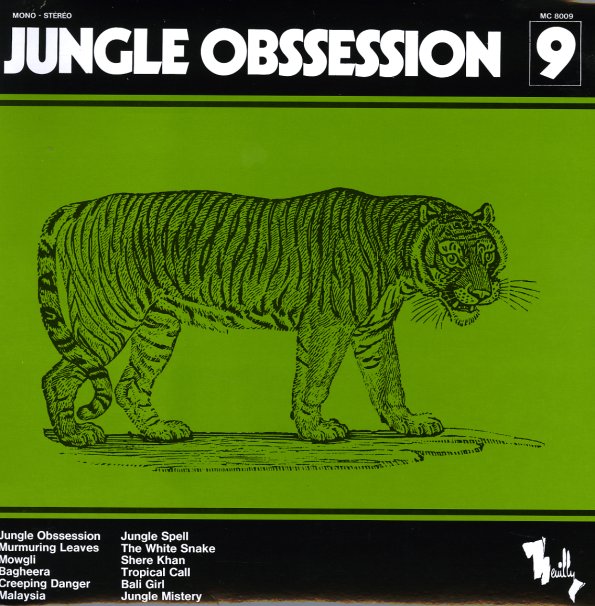 Mad mad work from the great Nino Nardini – one of the greatest keyboard players to ever grace the sound library scene! This album was never officially issued, but is an incredibly strong bit of "commercial music", created initially for use by radio and TV stations, but just as good as anything that was on the market at the time. The music is a mix of jazz funk and 70s exotica – played on electric and acoustic instruments, mixing piano, moog, and congas into a swirling blend that's similar to the group Mandingo, but which also has lots of other 70s soundtrack elements. The track "Jungle Obsession" begins with a nice little drumbreak, then rolls into some wild bass-y moog riffs punctuated by other bits of computer music. Other tracks have voices, percussion, and even a bit of strings – and the whole thing's an extremely fresh bit of jungle funk! Titles include "White Snake", "Bali Girl", "Murmuring Leaves", "Jungle Spell", "Creeping Danger", and "Mowgli". Features the bonus tracks "Tropical" and "Safari Park".  © 1996-2022, Dusty Groove, Inc.
(50th Anniversary pressing with 2 bonus tracks and on heavyweight vinyl!)