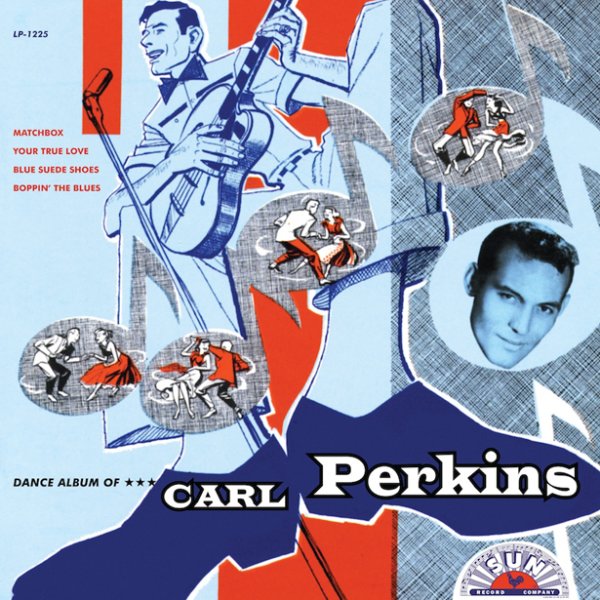 Carl Perkins may not be the most revolutionary talent in rock and roll – but damn, he's good – and every bit the worthy Sun Records contemporary of Elvis Presley, Johnny Cash, and Jerry Lee Lewis! Like those three giants, Perkins is a Tennessee cat who can really find his own personality in the studio – a hell of a singer, and a really rhythmic guitarist – stepping out with effortless ease on the kind of cuts that made Sun Records a legend right from the start! We'll be honest in saying that we love Perkins at just about every later point in his career – but he's completely on fire here, on early tracks that include "Blue Suede Shoes", "Sure To Fall", "Tennessee", "Only You", "Wrong Yo Yo", "Matchbox", "Boppin The Blues", "Gone Gone Gone", "Honey Don't", "Your True Love", and "Everybody's Trying To Be My Baby".  © 1996-2021, Dusty Groove, Inc.