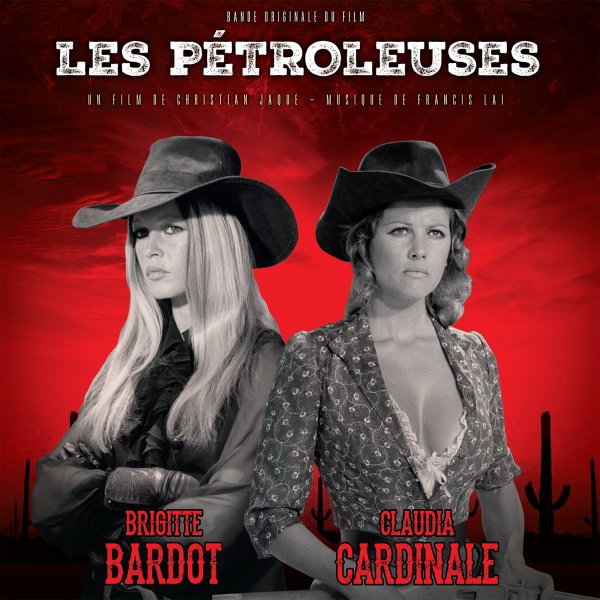 Les Petroleuses has a nice variety of sounds – some of the slinky, sexy, Euro-styled numbers you'd expect from Lai in the early 70s, and from a film starring Brigitte Bardot – mixed with other tracks that seem to foreground a version of the old west that's a bit playful – using barrelhouse piano or guitar to set a mood in time and place. There's a few vocal numbers – "La Ballade De Frenchie King" sung by Little Sammy Gaha, "La Vie Parisienne" sung by Micheline Presle, and "Prairie Woman" by Claudia Cardinale – and other tunes include "Merry Making", "Seduction", "Piano Saloon", "L'Attaque Du Train", "Le Noel Des Sarrazin", and "Bougival Junction".  © 1996-2021, Dusty Groove, Inc.