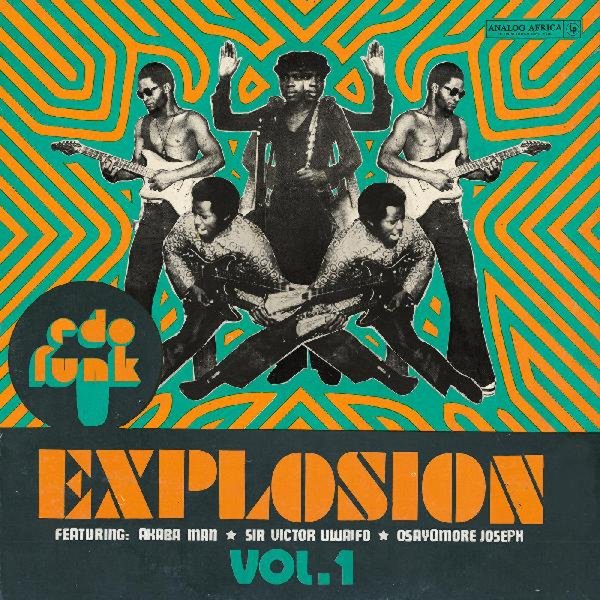 They certainly got the "explosion" in the title right – as these tracks leap right out of the groove from the very first note – very heavy on percussion, and with a much starker, funkier sound than some other West African work from the early 80s! The tracks are all from the Edo region of Nigeria – a scene that was still hanging on to some of the leaner modes of the early 70s, while some of the work in Lagos was getting a bit more polished up – with a result that means that the drums are front and center in all these cuts, even when more modern instrumentation is being used – which makes for some highly rhythmic grooves that also earn the "funk" in the title too! As always with Analog Africa, the set list and notes are superb – and this package has a tighter scope than some of their others, as it focuses on the work of three main artists from Benin City – with titles that include "Africa Is My Root", "Who No Man", "Ororo No De Fade", and "My Name Is Money" by Osayomore Joseph; "Ta Gha Husimwen", "Popular Side", "Ta Ghi Rare", and "Ogbov Omwan" by Akaba Man; and "Aibalegbe", "Oviemama", "Skpaide No 2", and "Iranm Iran" by Sir Victor Owaifo.  © 1996-2022, Dusty Groove, Inc.
(Includes download!)