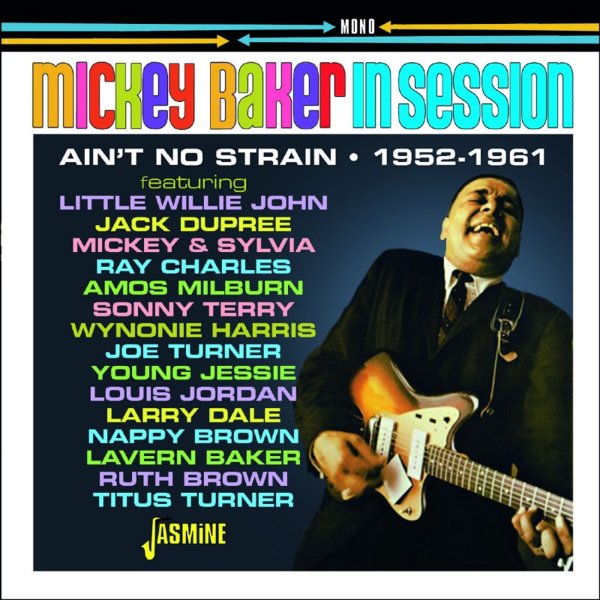 A great overview of the guitar talents of Mickey Baker – an artist who's maybe best remembered during this time for an album on Atlantic, or his duets with the young Sylvia Robinson (as Mickey & Sylvia) – but a player who also worked on countless sessions during the years of R&B and early soul! We always knew Mickey played on some key tracks – his guitar work is as recognizable as a King Curtis saxophone solo – but this 29 track set features material we didn't even know about – most of it by some of the biggest R&B stars of the 50s! Titles include "Women Are The Root Of All Evil" by Paul Williams, "Hit Git & Split" by Young Jessie, "No Good Lover" by Mickey & Sylvia, "Juke Joint" by Sam Price, "I'm Gonna Rock Your Wig" by Sonny Terry, "Bad Hangover" by Square Walton, "I'm Doin All This Time" by Stick McGhee, "Please Louise" by Wynonie Harris, "Straighten Up Baby" by Milt Trenier, "Oh Darlin" by Johnny Frank, "All Around The World" by Titus Turner, and more by Nappy Brown, Larry Dale, Joe Turner, Ruth Brown, and others!  © 1996-2022, Dusty Groove, Inc.