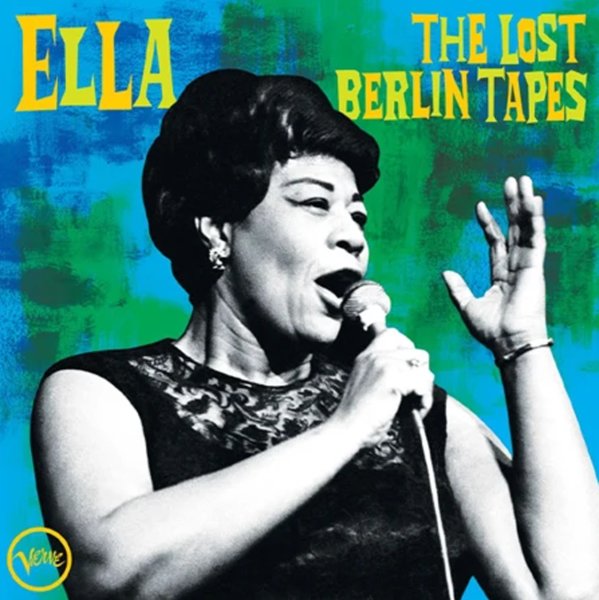 Ella Fitzgerald recorded one of her most successful albums in Berlin – a smoking live set that gave the world her take on "Mack The Knife" – and this set marks a fantastic second chapter to that record – unreleased tapes that appear here for the first time ever! The concert's from a different year than the previous record, but done in a very similar mode – Ella in front of a very enthusiastic concert crowd, running through upbeat, swinging takes on a variety of classics – all at a moment when both her vocal skills and onstage personality were at an all-time high! The group is just a trio – Paul Smith on piano, Wilfred Middlebrooks on bass, and Stan Levey on drums – but they swing things as hard as an orchestra, and merge with the vocals in a really wonderful way. Titles include a great version of "My Kind Of Boy" – with Ella switching around a lot of the lyrics – plus "C'Est Magnifique", "Good Morning Heartache", "Hallelujah I Love Him So", "Summertime", "Mr Paganini", "Mack The Knife", "Angel Eyes", "Cheek To Cheek", "Clap Hands Here Comes Charlie", "Taking A Chance On Me", and "Jersey Bounce".  © 1996-2022, Dusty Groove, Inc.
(Mark through digipack barcode.)

Johnny Mercer Songbook
Verve, 1964. Used
CD...$1.99
Arrangements from Nelson Riddle, groovy tunes from Johnny Mercer, and titles that include "Something's Gotta Give", "Midnight Sun", "When A Woman Loves A Man", "I Remember You", "Too Marvelous For Words", "This Time The Dream's On Me", and ... CD