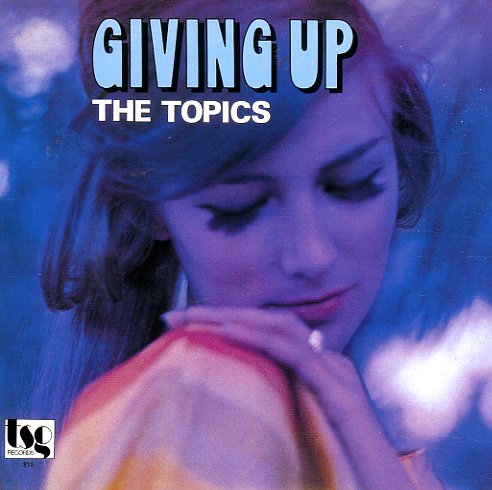 Also available
Topics — Giving Up (Japanese paper sleeve edition – with bonus tracks) ... CD 24.99
Topics & Friends — Giving Up (Japanese paper sleeve edition) (plus bonus tracks) ... CD 19.99
A lost harmony soul classic from the east coast scene of the 70s – a set that was recorded in the shadow of work by bigger groups, like the Moments or Stylistics, and which has a similarly sort of sublime sound! There's a nice edge to the album – like some of the George Kerr productions on Stang/All-Platinum – as producer Bruce M Clarke really lets the vocals shine through on most tracks – just updating a 60s sweet soul mode with the right sort of hip 70s elements, but all while never getting in the way of the harmonies! With that approach, we'd maybe rank this one right up there with the classic album by Soul Generation – especially given the badass sort of vibe on the funky numbers. Titles include "At Last It's Over", "Giving Up", "God & You", "All Good Things Can't Last", "Booking Up", "Moving Down The Line", "Gotta Get You Back", and "Your Love Comes Slower Than Never".  © 1996-2022, Dusty Groove, Inc.