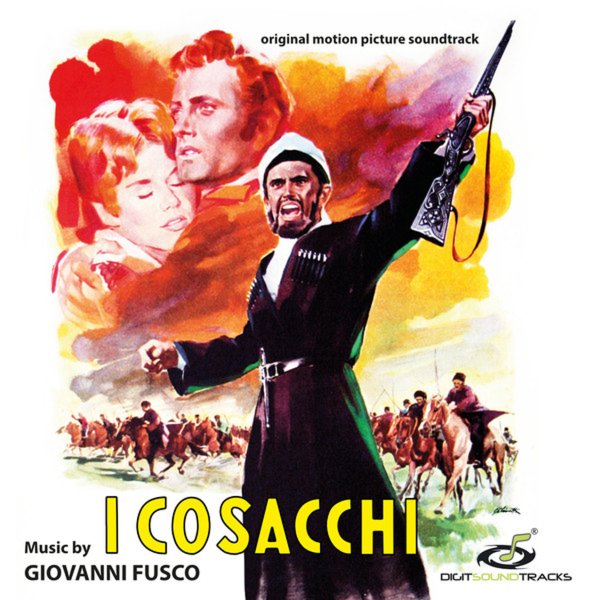 An early score from Giovani Fusco – done for a late 50s film about Russian Cossacks, and scored with some of the same mix of modes you'd find in some of the blood and sandals epics from the time! By that, we mean that the score has a blend of familiar postwar orchestrations with more exotic phrasing from time to time – often in moments that give way to some of the greater drama of the action scene – as of the unusual phrasing and woodwind elements are hinting at the evil Cossacks right around the corner! There's a few more dramatic dynamic passages that hint at heroic action against the invaders – and the CD features 23 tracks in all, all directed by Carlo Savina.  © 1996-2021, Dusty Groove, Inc.
(Limited to 300 copies!)