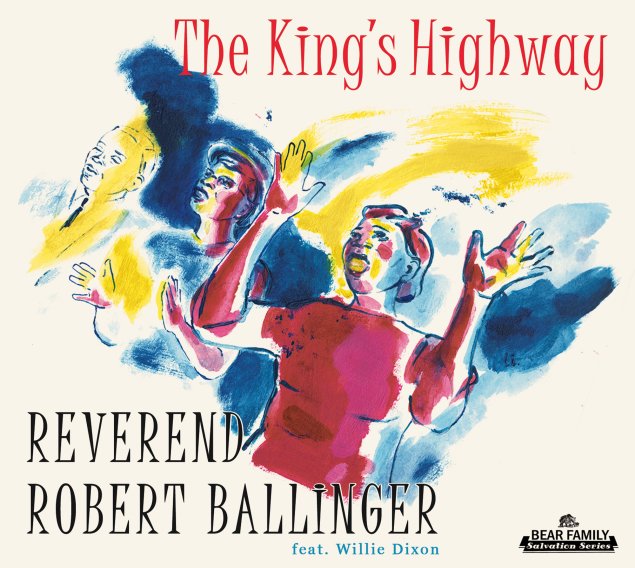 Robert Ballinger might be a Reverend, but he's got the sound of a 50s bluesman in Chicago – no surprise, as he recorded most of these tracks in the Windy City during the decade – with plenty of help from the great Willie Dixon on bass! Ballinger sings and plays piano on these cuts – with raw, romping energy that makes these vintage singles as appealing as blues sides as they are as gospel gems – originally done for labels that include Chess, United, and Peacock – sometimes with added backing vocals or instrumentation, but always with Ballinger's raw energy at the core. This 2CD set is the first we've ever seen to really do justice to these recordings – and features 35 tracks that include "Hold My Body Down", "No Bread", "He's My Everything", "The Little Black Train", "How I Got Over", "Something Has Happened", "Poor Wayfaring Pilgrim", "Oil In Your Vessel", "Standing In The Safety Zone", "This Train", "God Rode In A Windstorm", "The Life I Sing About", "Sweet Lamb", and "I Got To Tell It".  © 1996-2021, Dusty Groove, Inc.

Two Great Guitars/Super Super Blues Band
Chess/BGO (UK), 1964/1968. New Copy
CD...$9.99 16.99
A pair of amazing all-star albums from Chess Records – back to back on a single CD! First up is Two Great Guitars – in which Bo Diddley and Chuck Berry come together in a really unique album for Chess Records in the 60s – and that's saying a lot, given all the groundbreaking ... CD