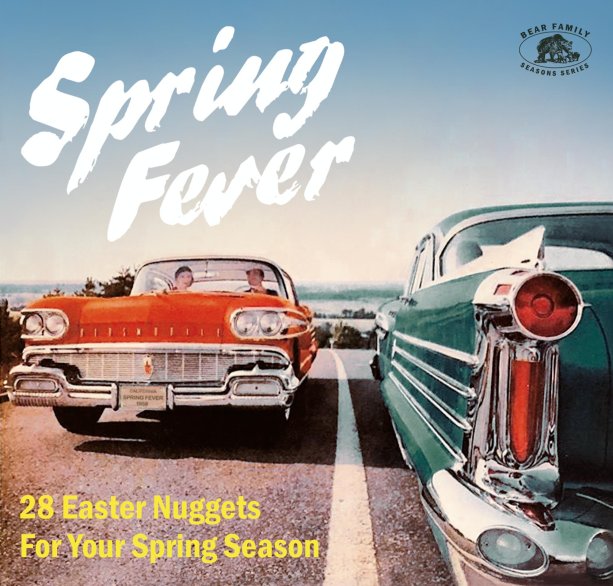 A whole host of tunes that will help you say goodbye to winter and hello to spring – a light and lively mix of postwar cuts in a variety of styles – from early rockers, to instrumentals, radio pop gems, and even a bit of R&B – all put together with a very playful vibe! The set's similar to the other "season" titles from Bear Family – showing how similar themes move through American music in different ways – almost like you're tuning into some old AM station in the month of May, discovering a whole host of tunes you might never have heard otherwise! Oddly, there's also a theme of chickens and eggs running through the set – which features 28 titles that include "Chicken Rock" by Fat Daddy Holmes, "Spring Fever" by Vilas Craig & The Kollege Kings, "One Fried Egg" by The Charioteers, "Rock Chicken Rock" by Ray Coleman & His Skyrockets, "Jungle Bunny" by The Fabulous Pearls, "The Rooster" by Ike Turner's Kings Of Rhythm, "Chicken Reel" by les Paul, "Easter Day" by The Dixon Brothers, "April Love" by Shirley Jones & Pat Boone, "Egghead" by Al Allen, "Spring Fever" by The Velvets, "End Of Spring" by Les Baxter, and "It Might As Well Be Spring" by Jerry Duane with the Monarchs.  © 1996-2022, Dusty Groove, Inc.