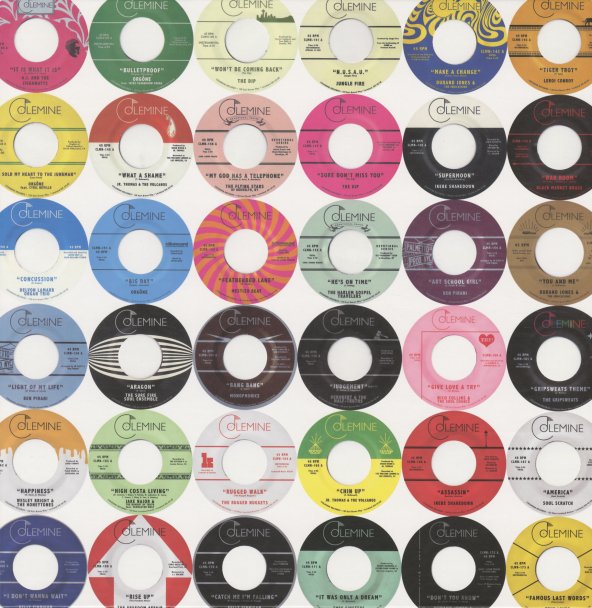 Fantastic funk from the Colemine label – a company who've given us plenty of great albums over the years, but who seem especially well-tuned to the funky 45! Along with Daptone, Big Crown, and a few others, Colemine is one of the labels who turn out top-shelf 7" singles again and again – most of which are in limited pressings, disappear fast, and are sometimes pretty expensive if you can find them! This set corrects that issue, and brings together 27 nuggets that originally appeared as funky 45s – all stacked together nicely as a massive LP set, with a nice price break from trying to track down the singles. Titles include "Gripsweats Them" by The Gripsweats, "Don't You Know" by Durand Jones & The Indications, "NUSAU" by Jungle Fire, "Supermoon" by Ikebe Shakedown, "What A Shame" by Jr Thomas & The Volcanos, "War Room" by Black Market Brass, "Aragon" by Sure Fire Soul Ensemble, "My God Has A Telephone" by Flying Stars Of Brooklyn, "He's On Time" by Harlem Gospel Travelers, "Happiness" by Wesley Bright & The Honeytones, "It Was Only A Dream" by Thee Sinseers, "America" by Soul Scratch, and "Sure Don't Miss You" by The Dip.  © 1996-2022, Dusty Groove, Inc.
(Includes download!)