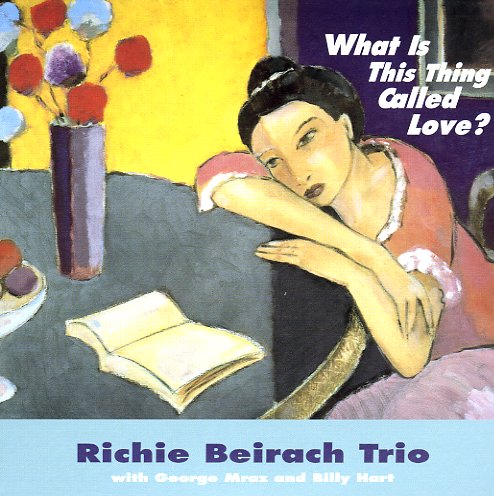 What Is This Thing Called Love (180 gram pressing)

Richie Beirach swings nicely on some of this set, but also manages to kick back a bit on a few ballads too – dropping out of the heavier rhythm on the swingers from George Mraz on bass and Billy Hart on drums – to hit some mellower modes that really show off the sensitive side of his playing! The balance is great, and the record's the sort that makes us appreciate Beirach even more than before – a great reminder of his talents, on tracks that include "Night & Day", "Goodbye", "Autumn Leaves", "On Green Dolphin Street", "What Is This Thing Called Love", and "Nardis".  © 1996-2022, Dusty Groove, Inc.
(Part of the Venus Hyper Magnum Sound Masterpiece LP Collection!)