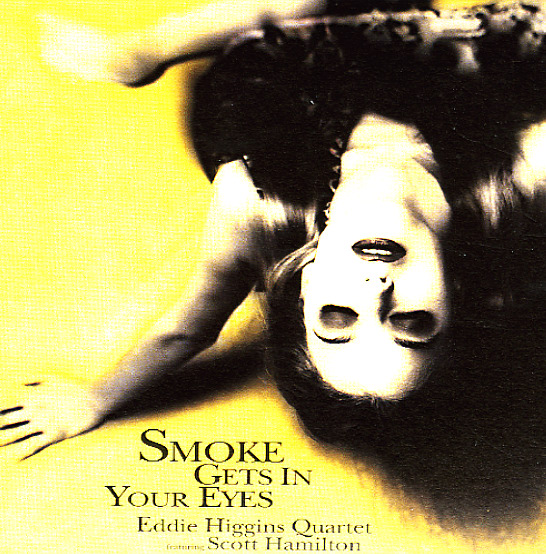 Smoke Gets In Your Eyes (180 gram pressing)

Scott Hamilton blows some wonderfully smokey tenor here – sounding great in the company of Eddie Higgins' trio! The date's got a really old school tenor sort of sound – echoes of Ben Webster and Lester Young, but updated too – taken to the clear, mature territory of Higgins' recent sessions with his trio for Venus Records – although this time around with Hamilton, the group's a quartet, with Steve Gilmore on bass and Bill Goodwin on drums. The ballads are especially nice, but we like the gentle swingers too – and titles include "By Myself", "It's A Lonesome Old Town", "You Don't Know What Love Is", "Smoke Gets In Your Eyes", and "Lullaby Of The Leaves".  © 1996-2021, Dusty Groove, Inc.
(Part of the Venus Hyper Magnum Sound Masterpiece LP Collection!)