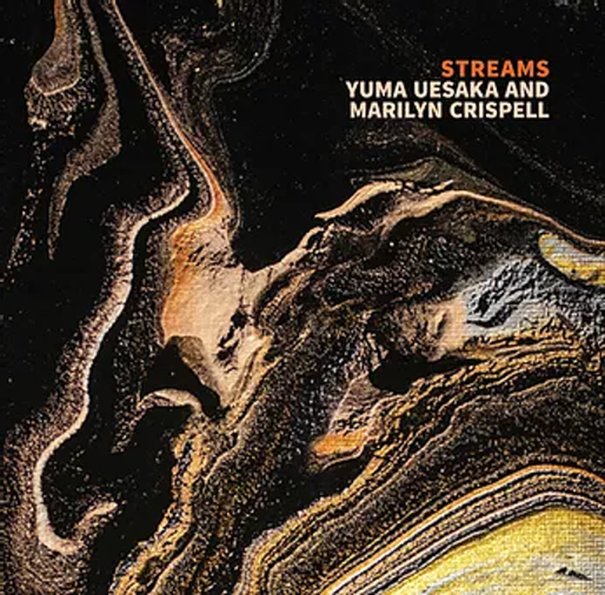 This might be the first time we're hearing the work of reedman Yuma Uesaka – who turns out to be a fantastic partner for the always-tremendous piano talents of Marilyn Crispell! Uesaka is as much of a composer as an improviser – and the work here is all composed at the core, but with structures that allow for plenty of individual contributions – inspired by the poetry of Rushi Vyas, whose words are included with the CD – even though Yuma is just expressing himself on saxes and clarinets. The pair are joined by Chatori Shimizu on sho on one track – but the core energy just comes from reeds and piano, with Crispell reminding us once again that she can be a hell of a musical partner in just about any setting. Titles include "Torrent", "Ma/Space", "Meditation", "Interations 1", and "Streams".  © 1996-2022, Dusty Groove, Inc.