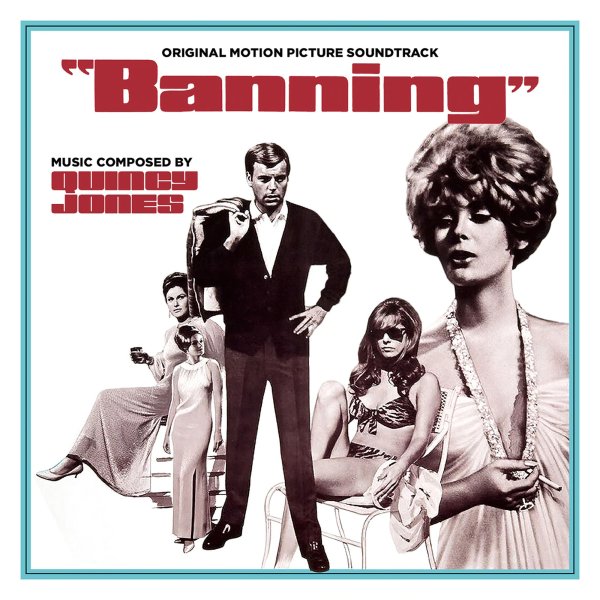 A really rare soundtrack from Quincy Jones – right up there with his jazziest gems of the 60s, but never issued on record at the time! The music is for an obscure film with Robert Wagner in the lead, and the sounds are a hip blend of the earlier jazz modes of Quincy, with some of the fuller charts that really showed an ever-evolving sense of tone and color! Jones manages to be both sophisticated and organic at the same time – mixing light strings with more down to earth jazz instrumentation – handled by an array of players that includes Dave Grusin and Don Randi on keyboards, Mike Barone on trombone, Jack Nimitz and Bud Shank on reeds, and Herb Ellis on guitar. There's a few nice moments of wordless vocals, and Gil Bernal sings the "Eyes Of Love" leadoff song – next to other cuts that include "Relay Chase", "Mad Pad/A Lack Of Lass", "Poker/Take Tea & Me", "Dental Fleece", "Don't Make Waves", "Fixation", "I Want You", "Trying Tie", and "Sudden Death".  © 1996-2021, Dusty Groove, Inc.
(Limited edition!)