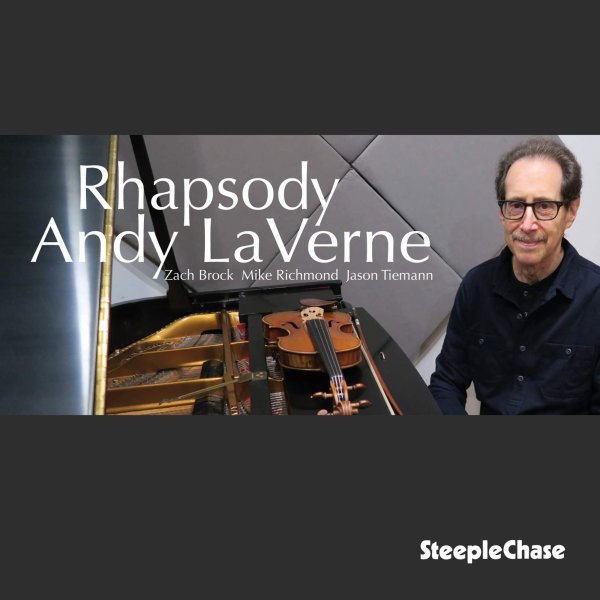 A nicely different setting for pianist Andy LaVerne – a quartet date, but handled in a "with strings" mode that lives up to the rhapsody in the title! Zach Brock handles violin, and bassist Mike Richmond also brings in a bit of cello – both instruments that really amplify the lyrical modes in LaVerne's piano, while also almost always allowing things to swing too! There's a bit of overdubbing at times, which makes the group feel larger than it might – but things are mostly in a core quartet mode. Jason Tiemann handles the drums – and titles include the LaVerne originals "Rhapsody", "Lunar", "Vignette", and "Retroactive" – plus a very nice take on "Waltz For Debby".  © 1996-2021, Dusty Groove, Inc.