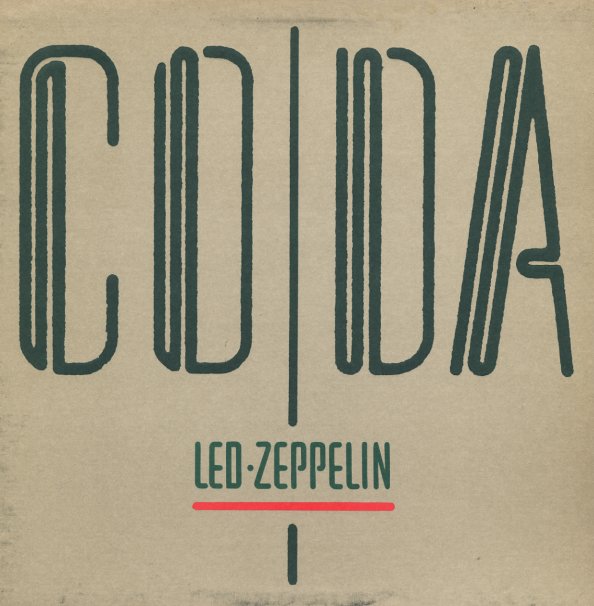 The title's an apt one – given that the record was the end of the tremendous run of records from Led Zeppelin – issued after the death of legendary drummer John Bomham – but the set's also way more than just an endpoint, as many of the tracks return to the group's beginning – and bring back unheard sounds from early 70s sessions! There's a nice criss-crossing of styles here – from the rawness of the earliest records, to the refined complexity of the mid 70s – and the album's way more than just an afterthought to the catalog – and is filled with great cuts that include the Bonham showpiece "Bonzo's Montreux", plus "We're Gonna Groove", "Poor Tom", "I Can't Quit You Baby". "Wearing And Tearing", and "Ozone Baby". Deluxe edition includes two CD's worth of additonal material including unreleased tracks, outtakes, and alternate mixes.  © 1996-2022, Dusty Groove, Inc.
(Comes in an embossed 3-panel sleeve. Cover has a 1/2" tear at the base of the spine – otherwise in nice shape.)

Song Remains The Same
Swan Song/Warner, 1976. Used 2 CDs
CD...$6.99 (CD...$4.99)
A live album, but one that's every bit as essential to the Led Zeppelin catalog as any of their studio albums from the 70s! In fact, the album may well be more important on its own – as it marked a real high point for the double-length live album in rock music – not just because it ... CD

In Through The Out Door
Swan Song/Atlantic, 1979. Used
CD...$3.99
Led Zeppelin's final album of the 70s – a record that really has them stretching out and trying on some new ideas, yet still holding onto all their genius in the process! Sure, the album's maybe not as iconic as the first few – but from the perspective of decades later, it's a killer ... CD

Presence
Swan Song/Atlantic, 1976. Used
CD...$4.99 (LP...$49.99)
Overlooked genius from Led Zeppelin – an album that was missed by many the first time around, because of it's tight focus and simplicity! For the set, the group step back just a bit from their more stylistically sprawling tendencies – almost as if they got some of the more ambitious ... CD

Song Remains The Same
Swan Song/Atlantic, 1976. Used 2 CDs
CD...$4.99 (CD...$6.99)
A live album, but one that's every bit as essential to the Led Zeppelin catalog as any of their studio albums from the 70s! In fact, the album may well be more important on its own – as it marked a real high point for the double-length live album in rock music – not just because it ... CD