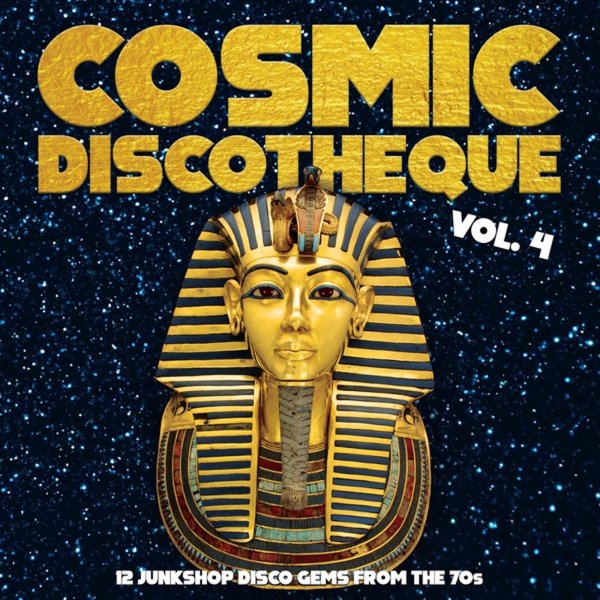 A very cool collection – and a record that's maybe more "cosmic" than it is "discotheque" – as most of these tunes are more funky than they are clubby! That's not a bad thing at all, though – and the whole thing is almost an extension of the initial late 60s use of moog and other electronics with funkier grooves – taken here into territory that's more in line with 70s sound library and soundtrack funk, especially the cop/crime variety! Selections are from a variety of different artists, but all unite in great use of spacey sounds over funky grooves – on titles that include "Wake Up" by Epsilon, "War Dance" by Kebekelectrik, "Fu King" by Fu King, "Laser" by Laser, "That's The Night" by Night Creatures, "Rhesus O+" by I Visconti, "King Kong" by Orchester Walter Kubiczeck, "All The Night" by Linda Law, and "Cave Man" by Enigma.  © 1996-2021, Dusty Groove, Inc.