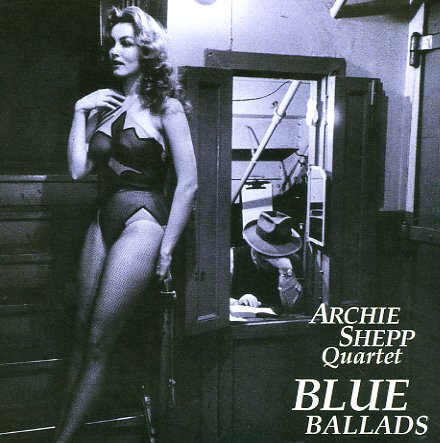 Blue blowing from Archie Shepp – a great set of ballads from later years, recorded at a time when Shepp had stepped back inside considerably from his styles of the past – but still brought a great depth of soul to his recordings! The tunes here are mostly familiar numbers, but Archie blows them with a tone and timing that's amazing – an approach that's almost comparable to the late years of Coleman Hawkins, at least for its understated brilliance. Other group members are great too – and include John Hicks on piano, George Mraz on bass, and Idris Muhammad on drums – the last of whom is wonderfully restrained on the date. Titles include "More Than You Know", "Little Girl Blue", "Blue & Sentimental", "If I Should Lose You", and "Alone Together".  © 1996-2021, Dusty Groove, Inc.
(Part of the Venus Hyper Magnum Sound Masterpiece LP Collection!)

From Birdland To Broadway (180 gram pressing)
Venus (Japan), 1995. New Copy (reissue)
LP...$56.99
Bassist Bill Crow is perhaps best known for his work in the Gerry Mulligan group of the 50s, but he also had a great revival moment in the 90s – thanks to a well-penned autobiography, and a few great sessions as a leader like this! The album's got the same title as Bill's life story, and it's ... LP, Vinyl record album