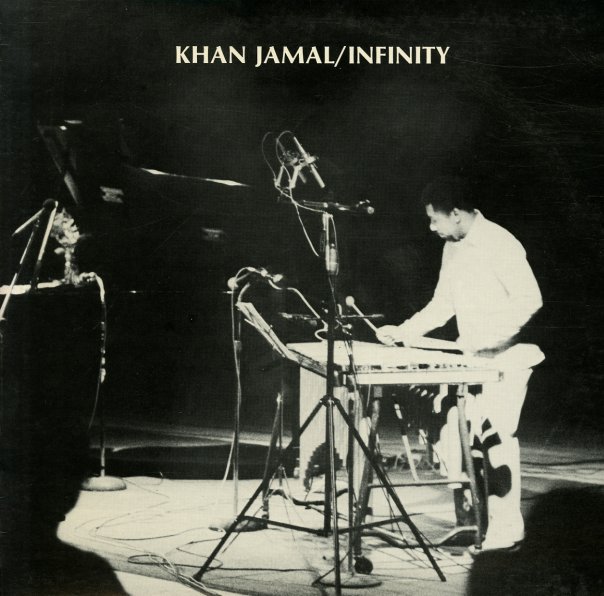 A really fantastic record from vibist Khan Jamal – a musician who sometimes plays in a more intimate setting, but who here rises with a great sense of righteous power, in just the sort of group that can help him find new energy and soul in his music! The lineup is wonderful – with both alto and flute from Byard Lancaster, percussion from Omar Hill, piano from Bernard Sammul, bass from Reggie Curry, and drums from Dwight James – plus a bit of work from Sunny Murray on drums and Clifton Burton on harmonica on one track – all players who really hit that perfect Philly mix of spiritual jazz and soul, avant freedom and greater group focus! Jamal plays a bit of marimba next to his vibes – and all titles are nice and long originals, done for the date – including "The Known Unknown", "The Angry Young Men", "Nubian Queen", "Infinity", and "Lovely Afternoon".  © 1996-2022, Dusty Groove, Inc.