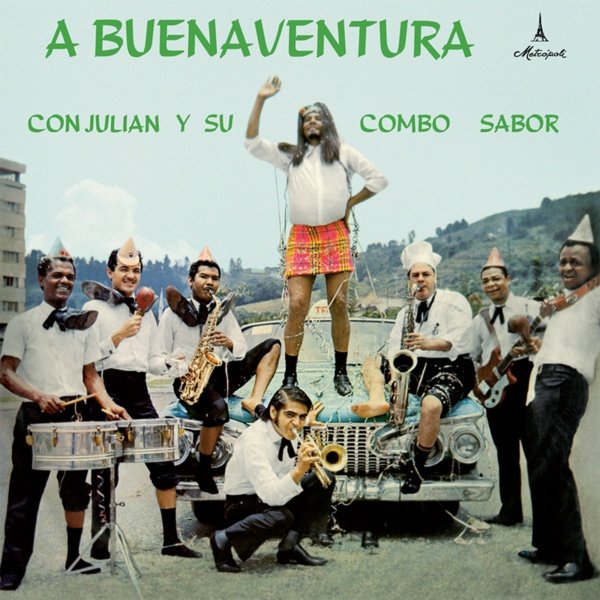 The crazy look of the band on the cover might make you think you're getting something weird and wild, but the album's got a rock-solid sound that's right up there with the best of the South American scene – that vibe that some indie labels had during the 70s, where they were working a few years behind the New York groups – but at a level that means that things are very powerful throughout! These guys leap into the fray with a host of upbeat rhythms – all of which feel more like the modes right before salsa came into play, with small combo energy that seems inherited from the Joe Cuba Sextet! Jose Arboleda handles vocals, and titles include "Descarga A Lo Julian", "A Buenaventura", "El Que Siembra Su Maiz", "El Panadero", "Palo De Mango", and "Corralito De Piedra". LP also features the bonus tracks "Colorin Colorado" and "Salsa Y Bembe".  © 1996-2021, Dusty Groove, Inc.