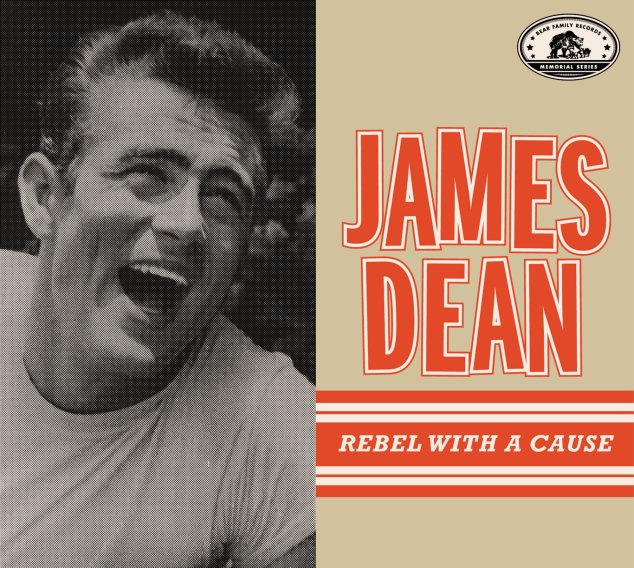 James Dean – Rebel With A Cause

The young James Dean was a star that burned brightly before being taken from the world all too soon – dead in a car crash, in a manner that made Dean a precursor to some of the more self-destructive rockers of the 60s and 70s! Dean, of course, was an actor not a rocker – but his style and attitude influenced many – and come live again here in a set of tracks that pays tribute to his memory – music that's a mix of posthumous tribute tracks by different singers, mixed with some instrumental themes from his famous film soundtracks, and even including a few moments of the Rebel's voice itself! The package is very vividly put together – with a big booklet of notes, and lots of images throughout – alongside titles that include "James Dean Blues" by Walter Peter, Rebel" by Barbara Eden, "James Dean" by The Jets, "The Gang & The Chicken Run" by Leonard Rosenman, "Rebel Without A Cause" by Bobby Poe & The Poekats, "The Ballad Of James Dean" by The Four Tunes, "Boy Named Jimmy Dean" by Dick Jacobs, "Jimmy's Theme" by Chet Baker & Bud Shank, "Souvenir D'Italie" by Pier Angeli, "Jimmy Unknown" by Lita Roza, "Fight Scene" by Ray Heindorf, "Message From James Dean" by Bill Hayes, and a James Dean interview – plus a "Safe Driving PSA" by James Dean & Gig Young!  © 1996-2021, Dusty Groove, Inc.