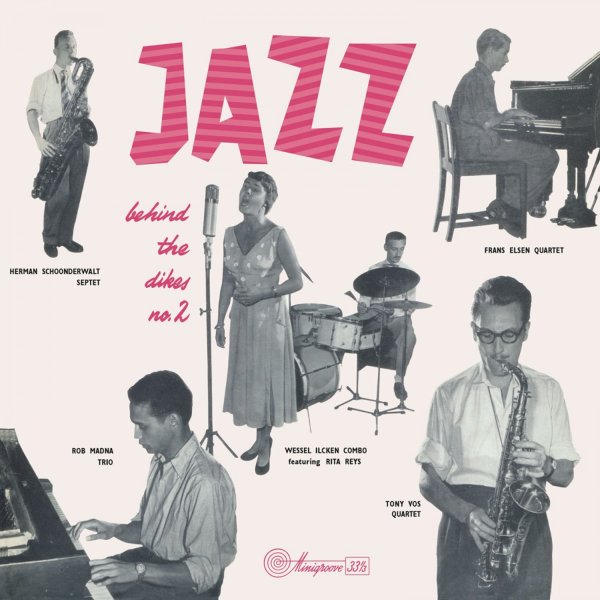 A treasure trove of rare jazz work from the Dutch scene of the 50s – initially overlooked by many American listeners of the time, but fortunately well-documented by this series from Philips! The music here is a nice mix of different combos – all drawing influence from bop and some of the west coast modern modes, with a vibe that's a bit like some of the Swedish groups of the period – no surprise, as the Dutch scene was every bit as fully-formed as some of the jazz world farther north! Two tracks feature singer Rita Reys joining the combo of drummer Wessel Ilcken, who also play on their own too – with work from the great Toon Van Vliet on tenor, Rob Madna on piano, and Gerard Van Rooyen on trumpet. And the set also features a few tracks by other groups too – the septet of baritone saxophonist Herman Schoonderwalt, with Tony Vos on alto and Flip Van Glabbeek on tenor; the quartet of alto saxophonist Tony Vos, with Henk Vos on piano; the trio of pianist Rob Madna, with Wessel Ilcken on drums; and the quartet of pianist Frans Elsen, with Robby Pauwels on guitar and Cees See on drums.  © 1996-2022, Dusty Groove, Inc.
(Individually numbere limited edition of 500 – on heavyweight white vinyl!)