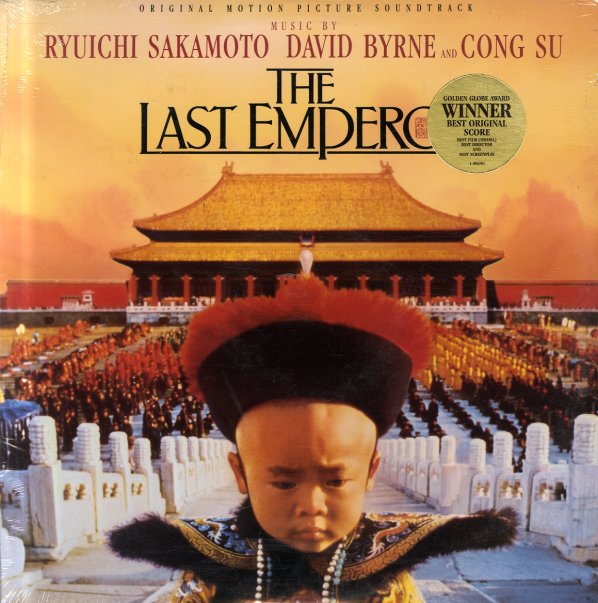 A really lovely soundtrack – with some great minimalist pieces by Ryuichi Sakamoto, which rival some of his best work on the Merry Christmas Lawrence soundtrack! The David Byrne tracks are surprisingly great, too – especially the main theme – and the whole thing is a great mix of period-styled sounds and moments that echo some of the hippest currents of the 80s! Side one features all material from Sakamoto – including "First Coronation", "Open The Door", "Rain", and "The Last Emperor Theme" in different variations. Side two features more great tracks from David Byrne – including "Main Title Theme", "Bed", "Picking A Bride", and "Wind Rain & Water" – plus "Lunch" by Cong Su, "Red Guard" by The Red Guard Accordion Band, and "The Red Guard Dance" by The Girls Red Guard Dancers.  © 1996-2021, Dusty Groove, Inc.