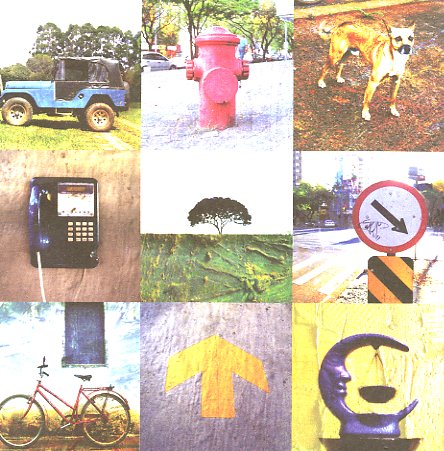 The first album in many years from Robertinho Brant – and a really evocative little set, one that more than lives up to its title! There's definitely a soundtrack sort of quality to the tunes, even though most of them are vocal numbers – and they work like little snapshots of life, put together in a way that's got some of the same lightly poetic touches of the Minas Geraes generation – echoes of the work of Milton Nascimento and Lo Borges, with possibly a touch of Edu Lobo in the arranging style as well. Backings often mix a bit of electric and acoustic instrumentation, yet never in ways that are too slick or overproduced – and Brant's breathy presentation of the lyrics really fits the mood of the set. Titles include "Da Mesma Estrela", "Sinal De Paz", "Noite Azul", "Una Mujer", "Luz Da Manha", "Os Sonhadores", and "Pobre Planeta", which features Seu Jorge.  © 1996-2021, Dusty Groove, Inc.
(Out of print.)

Jogos De Armar
Trama (Brazil), 2000. Used 2CD
CD...$16.99
Incredible new work from Tom Ze – possibly his best since the 70s! The style of the album reminds us very much of his groundbreaking post-Tropicalia records – with a mixture of spare guitar, vocals, and percussion, all filtered and sifted into a mad mad blend that's completely beyond ... CD

Toni Tornado
EMI (Brazil), 1972. Used
CD...$34.99
An early 70s gem from Brazilian singer Toni Tornado – one of that country's greatest soul singers of the time, and an artist with a real talent for putting over a groove! The tunes on the set are a mad mix of heavy funk, deep soul, and larger arrangements – making the whole thing sound ... CD