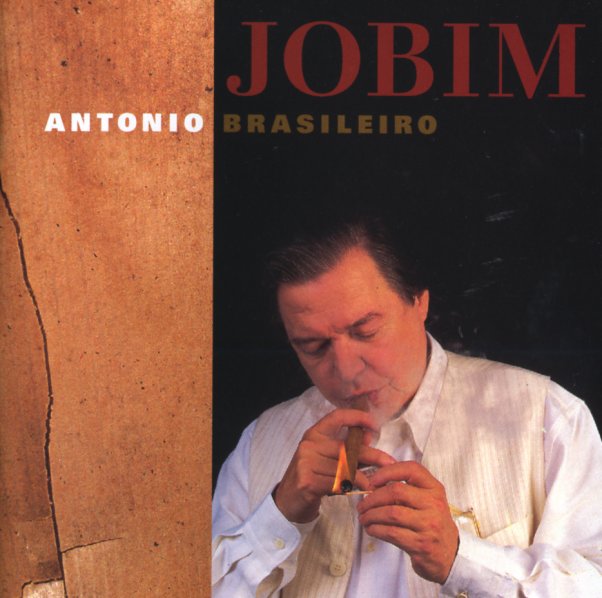 Later work from bossa legend Antonio Carlos Jobim – and a set that shows just how creative his talents could grow over the years! Jobim was never stuck in the simple trappings of the generation from which he emerged, and could instead find ways to bring the airy brilliance of his style into play with new modes of arrangement and production – holding onto his legacy in all the right ways, but never being just a rehash of himself. The younger Paulo and Daniel Jobim produced – and Antonio both sings and plays piano, in the company of Raul De Souza on trombone, Marcio Montarroyos on trumpet, and Paulo Jobim as well. Sting guests on one track, but never gets in the way – and the album also features guest appearances by Dorival Caymmi and Maria Luiza Jobim. Titles include "Piano Na Mangueira", "Trem de Ferro", "Radames Y Pele", "Pato Preto", "Maricotinha", "Forever Green", and "Samba De Maria Luiza".  © 1996-2021, Dusty Groove, Inc.
(Out of print, 1994 Brazilian pressing.)

Stone Flower (remastered edition – with bonus track)
CTI, 1970. Used
CD...$12.99
One of Antonio Carlos Jobim's greatest records – and a perfect blend of his subtle bossa genius with the moody electric sound of CTI! Jobim plays electric and acoustic piano, guitar, and sings a bit – and Deodato handled the arrangements with a breezy brilliance that matches all the ... CD