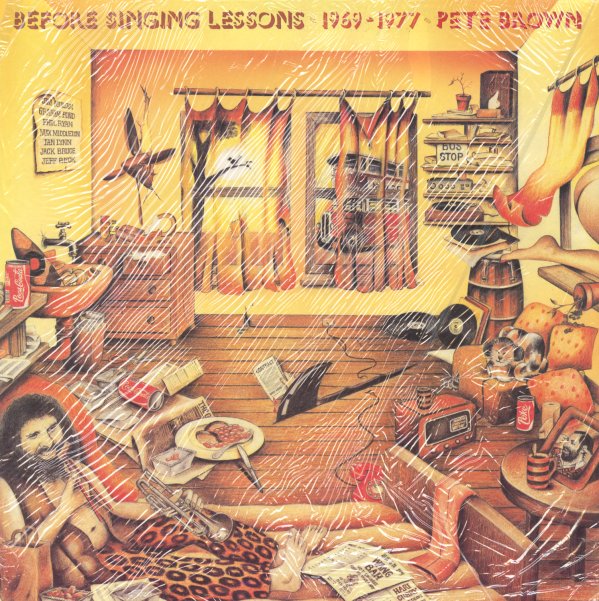 Hmm . . . We're not sure that Pete Brown ever got much in the way of singing lessons – but it was always that unique voice that made him such a standout in the British scene of the early 70s! This 2LP set brings together rare material – with Battered Ornaments and Piblokto, and other groups too – with help from Jim Mullen and Chris Spedding on guitars, Dick Heckstall Smith and Dave Thompson on saxes, and Graham Bond on keyboards!  © 1996-2021, Dusty Groove, Inc.