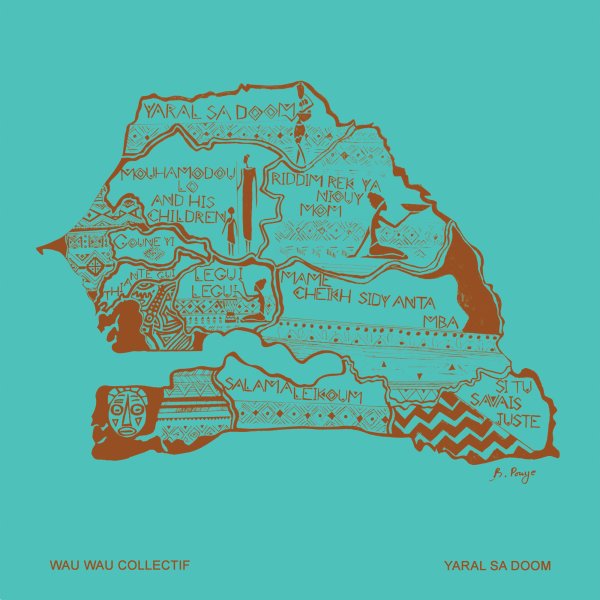 A record that's maybe a bit misleading in its title – as the Wau Wau Collectif isn't really a fully-formed group, but instead a host of different singers and musicians recorded in a small village in Senegal – then brought together in the studio by bassist/singer Aruouna Kane, then expanded on further through additional studio work in Sweden! Yet the music feels very organic and almost casual in approach – often with the vibe of a languid summer afternoon, particularly that dreamy point in the day where evening is approaching slowly, but the tranquil spirit of the last few hours of the day get this new kind of intimate energy. Percussion and vocals mingle easily with acoustic guitar, flute, and other instrumentation – on titles that include "Legui Legui", "Si Tu Savais Juste", "Yaral Sa Doom II", "Goune Yi", "Thiante", "Salamaleikoum", "Riddim Rek Ya Niouy Mom", and "Mame Chiekh Sidy Anta Mba".  © 1996-2022, Dusty Groove, Inc.