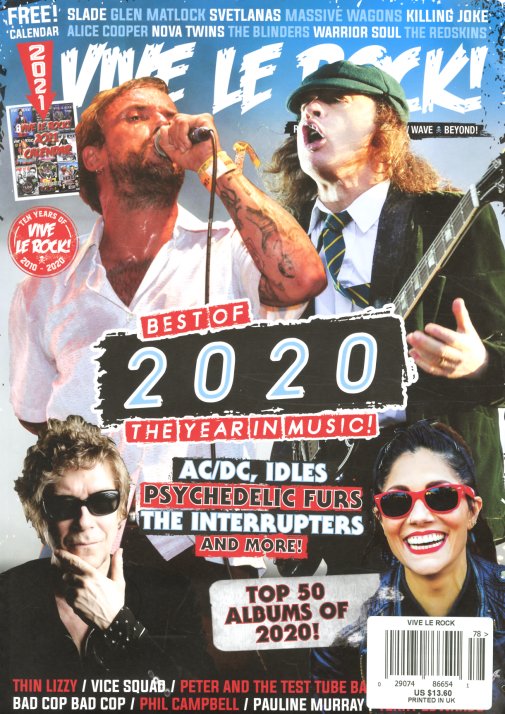 Vive Le Rock is a magazine that usually lives in the past, but this time around they're looking back at the best of the year 2020 in music – although they've got help from some classic acts who came back strong, like AC/DC and The Psychedelic Furs! The issue's also got lots more features – on Thin Lizzy, Bad Cop Bad Cop, Vice Squad, Peter & The Test Tube Babies, and Pauline Murray – plus music reviews and more – and a bonus 2021 calendar, with photos of Glen Matlock, Alice Cooper, Slade, The Redskins, Killing Joke, and others.  © 1996-2021, Dusty Groove, Inc.