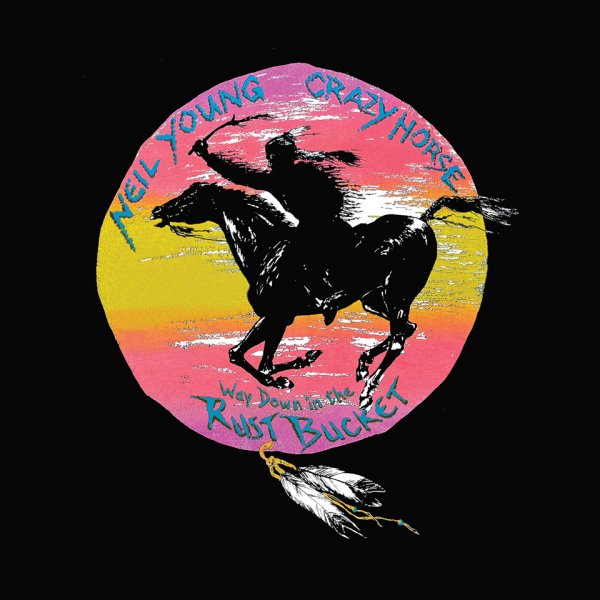 An unreleased live set from Neil Young – recorded in Santa Cruz in November of 1990, and featuring the group hot on the success of their Ragged Glory album! The set features the live debut of many of the record's songs, along with a number of surprises too – tracks that are unexpected in the performance, which sprawls over three long sets! Titles include "Country Home", "Surfer Joe & Moe The Sleaze", "Days That Used To Be", "Bite The Bullet", "Love & Only Love", "Cortez The Killer", "T-Bone", "Homegrown", "Mansion On The Hill", "Roll Another Number For The Road", "Danger Bird", "Don't Cry No Tears", "Farmer John", and "Cinnamon Girl". Features the full album on 4LPs, and on 2CDs, plus a DVD of the concert – all in a very limited box set!  © 1996-2021, Dusty Groove, Inc.

Way Down In The Rust Bucket (4LP set)
Reprise, 1990. New Copy 4LP
LP...$66.99 69.99 (LP...$96.99)
An unreleased live set from Neil Young – recorded in Santa Cruz in November of 1990, and featuring the group hot on the success of their Ragged Glory album! The set features the live debut of many of the record's songs, along with a number of surprises too – tracks that are unexpected ... LP, Vinyl record album