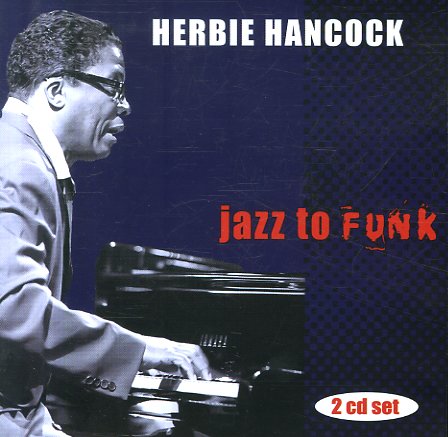 Jazz To Funk (Blow Up Sessions/Kawaida)

A pair of early sessions from Herbie Hancock – both very different than his Blue Note work of the 60s! The set features 11 tracks from material that Herbie recorded for the Warwick label earlier in the decade – material issued with a title makes it seem like the cuts are from Herbie's score to the film Blow Up – although we're guessing that they're not, although they've always been issued without much in the way of session details! That hardly matters, though – as Herbie is great on piano – younger and rawer, more soul jazz than modern – on titles that include "Smoochie", "Far Out", "Afro Boogie", "Rock Your Soul", "Jammin With Herbie", "Herbie's Blues", and "Night Walker". Next is a record that wasn't actually first issued under Herbie's name – a super-hip batch of spiritual jazz tracks by Albert Toodie Heath of the Heath Brothers – working here on a rare session as a leader, with a sound that's right up there with the Heath Brothers' early work for Strata East!! The lineup is incredible – as Heath is joined by players that include Don Cherry, Buster Williams, Mtume, Herbie Hancock, Jimmy Heath, and Ed Blackwell – all coming together for a session that's nearly lost to the history books, but which is one of the strongest spiritual jazz sessions of the late 60s! Herbie plays all acoustic piano throughout, and the tracks are long, leaping, and loping – with stretched-out spiritual solos from Jimmy Heath and Don Cherry – and a proud and righteous sound that's extremely free-spirited without going too far out! Titles include "Baraka", "Maulana", "Dunia", and "Kamili".  © 1996-2021, Dusty Groove, Inc.