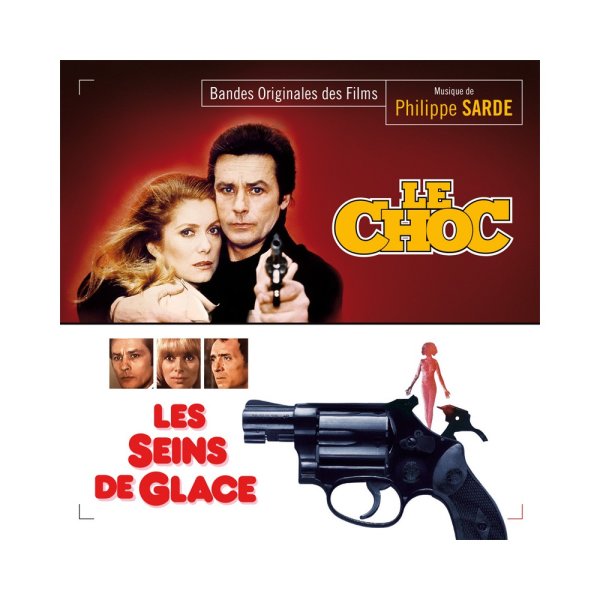 Two different soundtracks for films with Alain Delon in the lead – an actor who always seems to work with great music on his movies! First up is Le Choc – a set that has fuller orchestrations penned by Philppe Sarde, but handled by UK maestro Peter Knight – who you might know from late 60s Fontana Records productions – all capped with these great saxophone solos from Wayne Shorter! Shorter's a surprise for the record – he wasn't doing much work like this at the time – and he really adds a lot to the tunes, which include "Coup De Foudre", "Tendresse", "Le Charme", "Le Danger", "La Joie", "L'Amour", and "Commando Schroeder". Next is Les Siens De Glace – a great Georges Lautner film from 1974, with a score that has Sarde exploring some of the darker sides of his talents! The score has a bit of wordless vocals that are nice and creepy, and some very strong violin solos from Hubert Rostaing – which break out in a variety of moody ways, over titles that include "Trauma", "Reverie", "Malaise", "Obsession", "Regrets", "Agression", "Cauchemar", and "Trouble".  © 1996-2022, Dusty Groove, Inc.
(Limited edition of 500!)