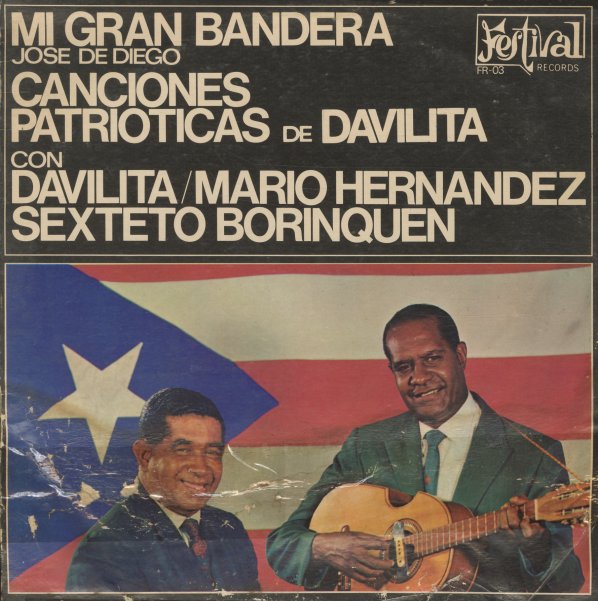 (Horoscopo pressing in a Festival cover, stained and flaky at the bottom 4 inches and held down with wide clear tape, with a name in marker on back.)