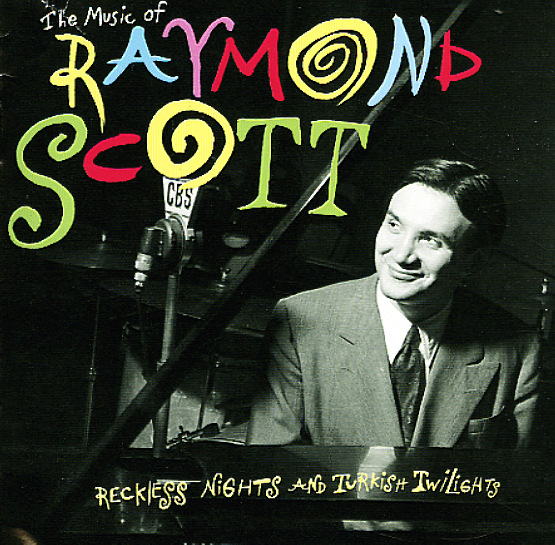 A wonderful batch of instrumentals from the legendary Raymond Scott – and a set that features some of Scott's most wonderful compositions ever! These numbers all date from the 30s, and were originally released as 78s on the Master Records label – but this later Columbia package really brings the sounds together wonderfully, and gives Scott a long-overdue showcase as one of the budding modernists of the pre-war years – a composer who could match swing and whimsy, exoticism and jazz, playfulness and poise – all without every losing his beat! The instrumental is wonderful, the arrangements inventive, and the whole thing's got the same sort of audio appeal as an old Warner Brothers cartoon. Titles include "Twilight In Turkey", "The Penguin", "The Toy Trumpet", "Powerhouse", "New Years Eve In A Haunted House", "War Dance For Wooden Indians", "Peter Tambourine", and "At An Arabian House Party".  © 1996-2022, Dusty Groove, Inc.

Quintet
Columbia, 1977. Used
CD...$5.99 (LP...$16.99)
A classic album of soulful hardbop from the mid 70s – one that features the classic VSOP group with Herbie Hancock on piano, Freddie Hubbard on trumpet, Wayne Shorter on tenor, Ron Carter on bass, and Tony Williams on drums – all nicely returned to the acoustic splendor of their early ... CD