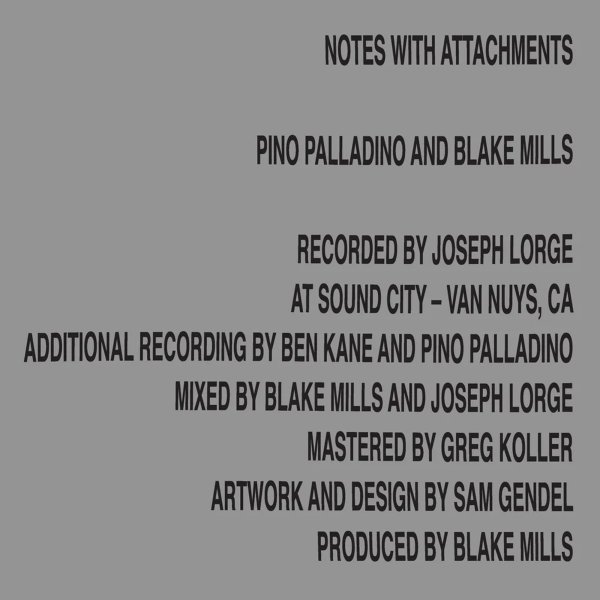 Nice stuff – a much richer album than you might guess from the cover and title! Pino Palladino and Blake Mills have a way of making some wonderfully fresh sounds here – Palladino on a variety of basses, and Mills on reeds, guitars, and a whole host of other instruments too! The music is jazz, but of the sort that goes most strongly for the overall sound of the group's output – maybe reaching forth past the sonic experiments of early ECM, but with a very contemporary vibe, and a spirit that's much more varied and filled with surprise overall! Players shift as much as the instruments from track to track – and the set features work from Sam Gendel on poly sax (which sounds great!), plus Larry Golding on flutes and mellotron sax, Marcus Strickland on bass clarinet, and Chris Dave on drums and percussion. The sound is great – very unique, in ways that are hard to describe easily in words – with titles that include "Soundwalk", "Man From Molise", "Djurkel", "Off The Cuff", "Notes With Attachments", and "Ekute".  © 1996-2022, Dusty Groove, Inc.