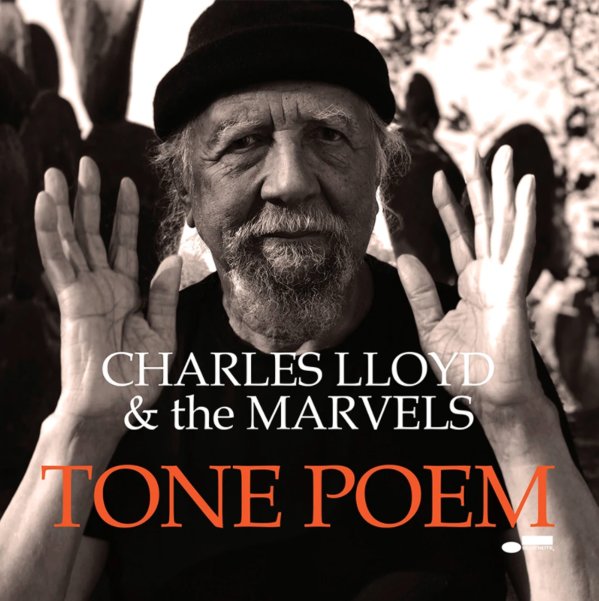 Beautiful work from the Marvels group of Charles Lloyd – a combo that not only features his own great sounds on tenor and flute, but also the very strong presence of Bill Frisell on guitar! Although Lloyd recorded famously with guitar players back in his early years, the sound here is very different – filtered through the sonic explorations of his albums for ECM, and inflected with that sense of color that only seems to get stronger and stronger in the work of Frisell over the years. That quality is also augmented by use of the steel guitar in the quintet, handled by Greg Leisz – alongside the bass of Reuben Rogers and drums of Eric Harland. Titles include remakes of two 60s gems – Ornette Coleman's "Rambling" and Gabor Szabo's "Lady Gabor" – plus the originals "Tone Poem", "Dismal Swamp", and "Prayer".  © 1996-2021, Dusty Groove, Inc.