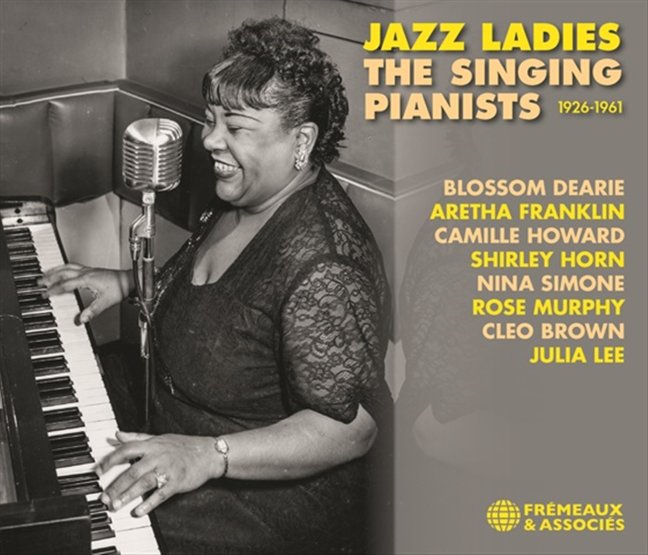 The image of a female singer at a piano is nothing new, but it definitely has a very special place in the history of jazz – maybe one of the few spots where a female instrumentalist could really get some time in the spotlight, while also breaking past some of the more standard cliches of teary-eyed torch singers too! This set is an excellent overview of the tradition – and features material from the early years of jazz, when there was maybe a stronger through-line to blues as well – then follows artists up through a huge boom in the postwar years – as piano lines got more modern, and vocal approaches did too! The set does a great job of mixing up traditions – still following some of the more blues-based artists through the 50s as well – and as with every great set on the Fremeaux label, the set features detailed notes in English and French on all the contents. 76 tracks in all – with selections by Cleo Brown, Una Mae Carlisle, Katie Webster, Lilette Thomas, Shirley Horn, Madonna Martin, Christine Chatman, Jeri Southern, Blossom Dearie, Hadda Brooks, Frantic Fay Thomas, Louise Johnson, Martha Davis, Nellie Lutcher, Clara Ward, Ira Mae Littlejohn, Paula Watson, Arizone Dranes, Camille Howard, and a number of others.  © 1996-2022, Dusty Groove, Inc.