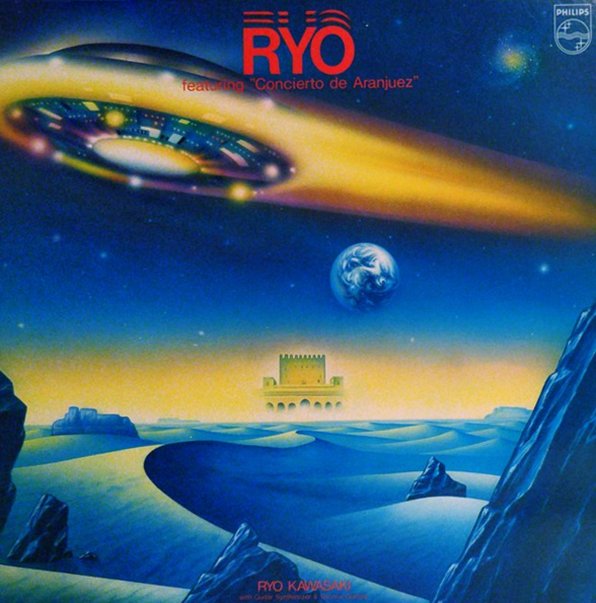 One of the wildest sets ever recorded by Japanese guitarist Ryo Kawasaki – and that's saying a lot, given some of his other work! The vibe here is fusion, but with a definite 80s spacey twist that's hinted at by the cover – as Kawasaki handles most of the instruments himself, mixing his cool guitar lines with keyboards, rhythm patterns, and other elements – all in a wonderful wave of sound, almost similar to some of the Japanese electronic instrumental work of the time, but still very jazz-oriented overall! Titles include a nice reading of "Concierto De Aranjuez" – plus "Cancion Del Fuego Fatuo", "Introduction From Schelomo", "A Felicidade", "Marilyn", "Mercy Of The Dragon", "Hawaiian Caravan", and "Twilight Song".  © 1996-2021, Dusty Groove, Inc.