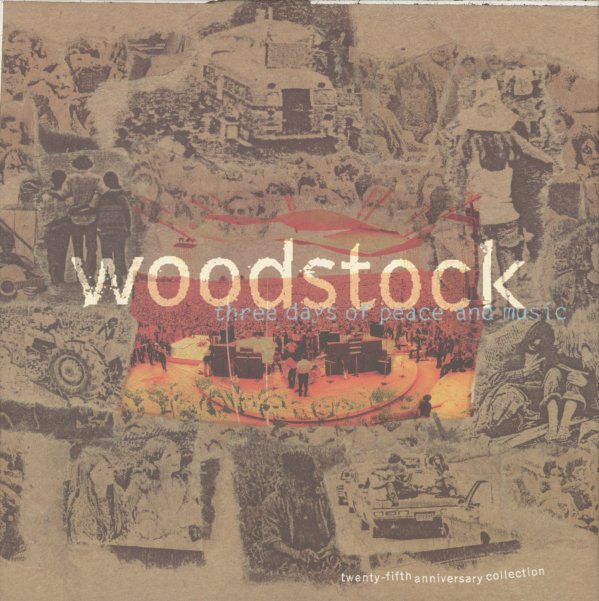 A huge package – all the material on the double-length Woodstock and Woodstock 2 albums – plus an hour of unreleased music! Features tracks from Jimi Hendrix, Richie Havens, Tim Hardin, Country Joe McDonald, Canned Heat, The Band, Joe Cocker, Santana, Mountain, The Who, Janis Joplin, and others!  © 1996-2021, Dusty Groove, Inc.
(Out of print. Box and book are in nice shape!)

Led Zeppelin IV
Atlantic, 1971. Used
CD...$5.99
Hard rock perfected! It's around Led Zeppelin IV that you can easily say that the group moved up from being incredibly great to flat-out legendary – really in a class by themselves, although maybe they'd already reached that point with the sublime sounds of the previous three records! There' ... CD

Physical Graffiti
Atlantic, 1975. Used 2 CDs
CD...$6.99 (CD...$6.99)
Led Zeppelin at their most sprawling – in both ambition and in the pacing – on the gargantuan Physical Graffiti! This is the album where they started bringing some odd synth textures to the sound, and it's to Zeppelin's eternal credit that this doesn't compromise their blues-reverent ... CD

In Through The Out Door (double LP sleeve edition – with bonus tracks)
Swan Song/Atlantic, 1979. Used 2 CDs
CD...$18.99
Led Zeppelin's final album of the 70s – a record that really has them stretching out and trying on some new ideas, yet still holding onto all their genius in the process! Sure, the album's maybe not as iconic as the first few – but from the perspective of decades later, it's a killer ... CD

Fragile (Definitive Edition)(CD/Blu-ray)
Atlantic/Panegyric, 1972. Used CD & Blu-ray
CD...$28.99 (LP...$14.99)
Classic! Fragile is the one that catapulted Yes to unlikely stardom, and in so doing, it brought adventurous, proggy rock to mainstream audience – pretty much changing the face of rock for at least a decade to come! Rick Wakeman's arrival and his spacier electronic keyboards have a lot to do ... CD