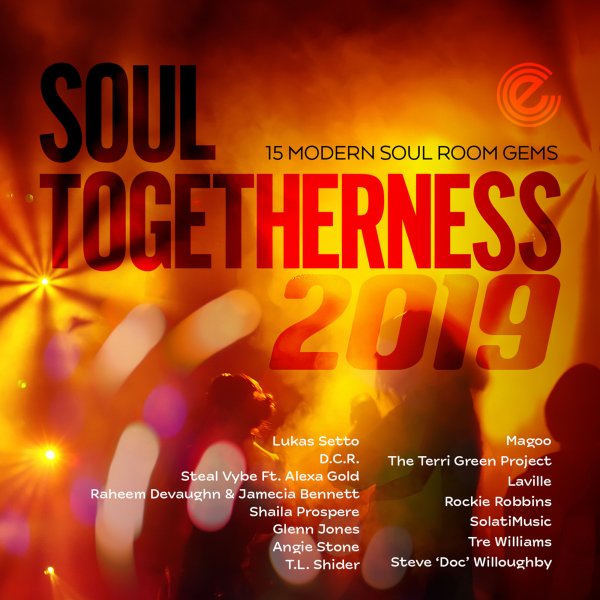 A killer collection of contemporary soul – served up in a way that really understands what makes classic soul music so great, then finds a way to provide a similar vibe from music that's new! And by that, we don't mean that the music is retro, or old-sounding at all – just that it's got the right balance of righteous energy, warm grooves, and all-out joy that we love in some of the older music that we first started loving from both Soul Togetherness and Expansion Records – a great team when it comes to finding the best of the best of the contemporary underground soul universe! Titles include "What Turns You On" by Lukas Setto, "Giving It Up" by Terri Green Project, "Thirty One" by Laville, "Tell Me" by Solatimsic, "When I Get Back" by Tre Williams, "Good Life (ext)" by Rockie Robbins, "Need Somebody To Love" by TL Shider, "Still Really Love" by Magoo, "All My Life (long version)" by Steve Doc Willoughby, "You & Me (R&B version)" by Glenn Jones, "Make It Last Forever" by Steal Vybe with Alexa Gold, and "Need To Know" by Raheem DeVaughn & Jamecia Bennett.  © 1996-2021, Dusty Groove, Inc.

Beat Vol 1 – Lounge At Cinevox
Cinevox (Italy), Late 60s/1970s. Used
CD...$7.99
Excellent funky and groovy tracks pulled from the catalog of the legendary Cinevox Records – home to some of Italy's greatest soundtrack work of the 60s and 70s! Sure, we've had some of the label's great stuff on single CDs – but this set pulls from a lot of soundtracks that haven't ... CD

Grand Strand Gold – 14 Beach Music Classics
Ripete, 1960s/1970s. Used
CD...$9.99
Music from the Catalinas, General Johnson & The Chairmen, Second Nature, the Embers, the Fantastic Shakers, Maurice Williams & The Zodiacs, the Showmen, the Tymes, the Drifters, Chairmen Of The Board, the Tams, and more. CD