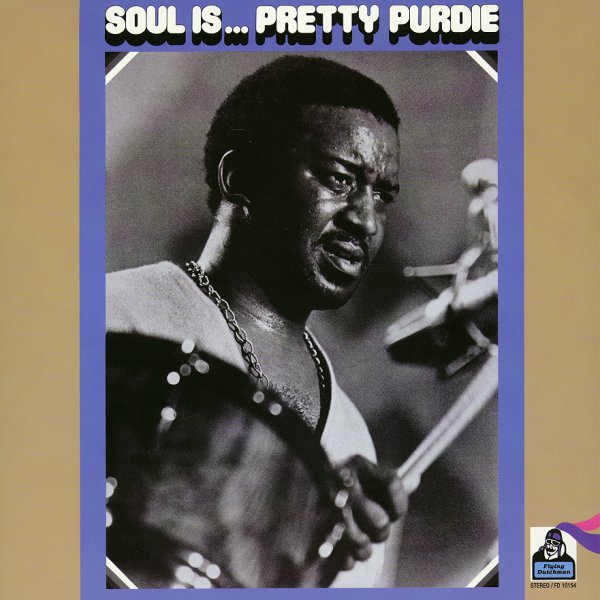 A wild one! After the straight hard funk of some of his earlier recordings as a leader, Bernard "Pretty" Purdie breaks out here in a compelling album of soul jazz tracks done in a number of styles. The approach is sort of big studio funk – with some cuts that have a harder sound, and others that open up in a groove that's gotten a lot more complicated than the early days. Horace Ott arranges, conducts, and plays electric piano, and Richard Tee plays organ on a number of cuts – but the real charmer is Purdie, whose work on drums is always great! Funky tracks include "Heavy Soul Slinger", a medley of "What's Goin On" and Ain't No Sunshine", and "Good Livin". Also features a cover of Aretha Franklin's "Day Dreamin", plus the extended "Song For Aretha", which is Purdie's extended tribute to Aretha (with whom he'd recorded), and one that features a very strange monologue!  © 1996-2022, Dusty Groove, Inc.
(Limited edition of 250 – on clear vinyl!)