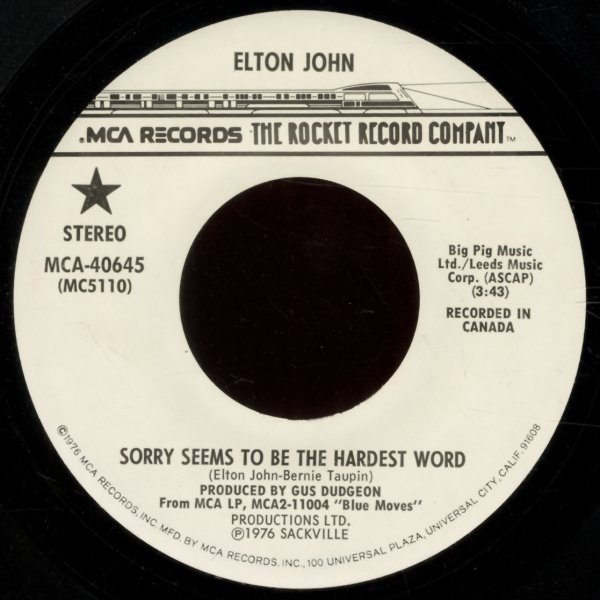 Sorry Seems To Be The Hardest Word (mono, stereo)