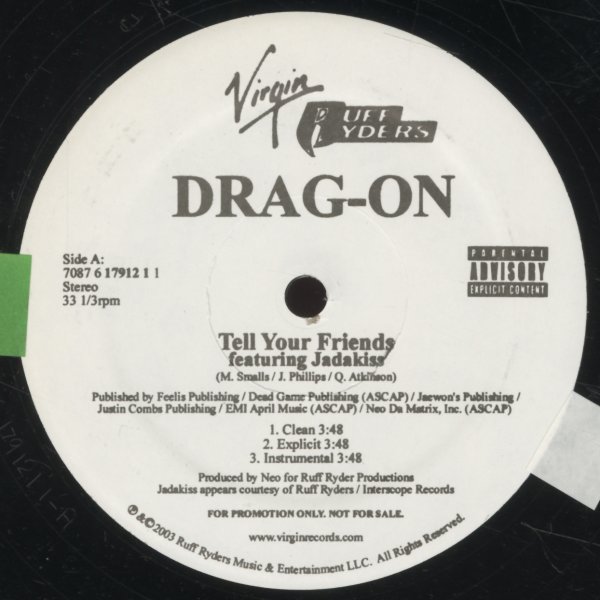 Featuring Jadakiss.
(Promo in a plain sleeve. Vinyl has a small sticker on the deadwax.)