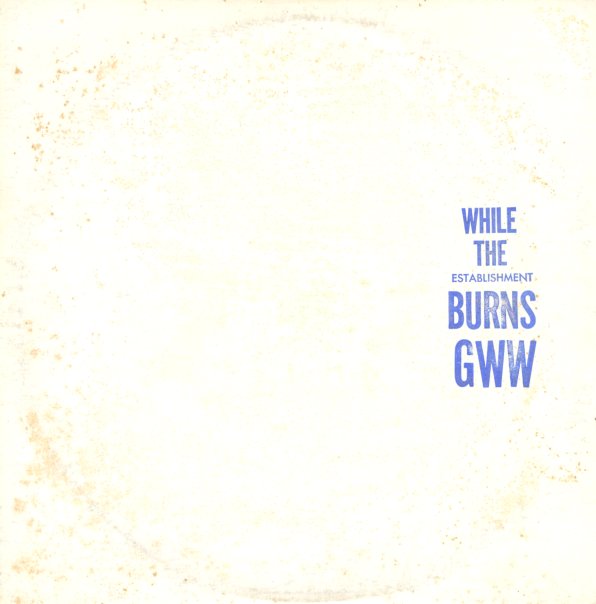 While The Establishment Burns

Great live material – Dylan on just acoustic guitar and harmonica, on titles that include "The Walls Of Red Wing", "Who Killed Davy Moore", "Ramblin Down Thru The World", "Tomorrow's A Long Time", "4th Time Around", "Visions Of Johanna", and "Desolation Row".  © 1996-2021, Dusty Groove, Inc.
(Purple vinyl pressing, in a hand-stamped cover.)

Peter Gabriel 3 – Melt
Mercury, 1980. Near Mint-
LP...$24.99
Peter Gabriel at the top of his solo game – tight, focused, and coming across with a nice sort of edge – one that really sits nicely in the same late 70s generation that includes Bowie in Berlin, early Talking Heads, and some of the darker-minded work on the left side of the mainstream ... LP, Vinyl record album

Thorn In Mrs Rose's Side
Tetragrammaton, 1968. Near Mint-
LP...$7.99
Tremendous work from Biff Rose – a near-lost singer-songwriter from the late 60s, barely remembered as the author of "Fill Your Heart" from David Bowie's Hunky Dory album – but an incredible talent that we'd rank right up there with Van Dyke Parks or early Randy Newman for ... LP, Vinyl record album

Get Happy
Columbia, 1980. Near Mint-
LP...$14.99 (CD...$4.99)
An album with a very mod-looking cover – and a set that's also overflowing with lots of mod-styled tracks to match – a cool current of soul from the 60s, but still handled with the sharper 70s vibe of young Attractions! Production is by Nick Lowe – and although The Jam were also ... LP, Vinyl record album