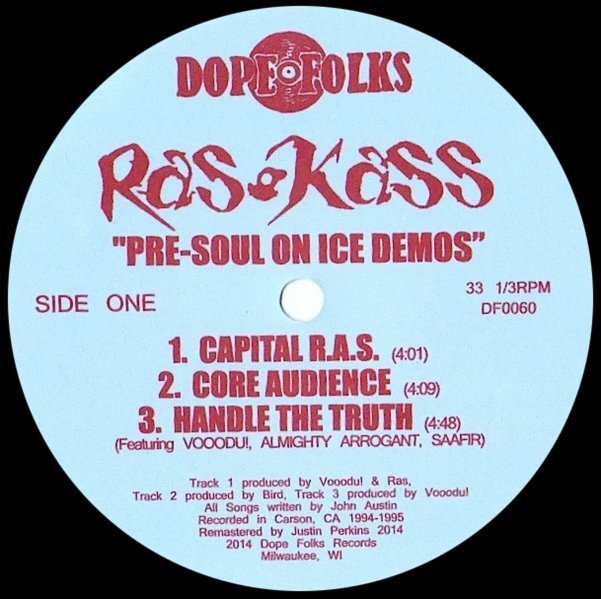 Some of the earliest work ever recorded by Ras Kass – as you might guess from the title – well-restored demo tracks that have a really strong underground vibe – everything you'd love in the MC, but with an even sharper Cali style! Voodu and Bird handled production on most tracks, and guests include Big L, Ras V, Tedra Moses, Mean Green, Saafir, Tiffany Austin, and Voodu as well – on titles that include "Capital RAS", "Core Audience", "Handle The Truth", "H2O Mash Up", "Deep Breathe", and "Blood Is Thicker Than Water".  © 1996-2021, Dusty Groove, Inc.
(Limited to 350 copies!)