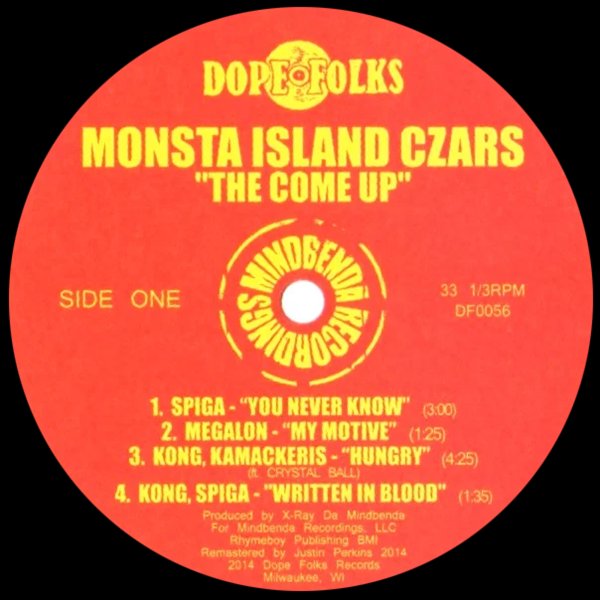 Seven unreleased tracks from the Monsta Island Czars collective – material that's got a really strong sense of urgency, and which adds plenty to their too-small catalog! The MCs vary from track to track, which further deepens the sound – and some of the best moments are the cuts where two vocalists are going back to back. Titles include "Bip Bap" with King Cesar, "Mad World" with Kamackeris, "It's About Time" with Megalon and Trife, "You Never Know" with Spiga, "My Motive" with Megalon, "Hungry" with Kamackeris and Kong, and "Written In Blood" with Kong and Spiga.  © 1996-2021, Dusty Groove, Inc.
(Limited to 300 copies!)