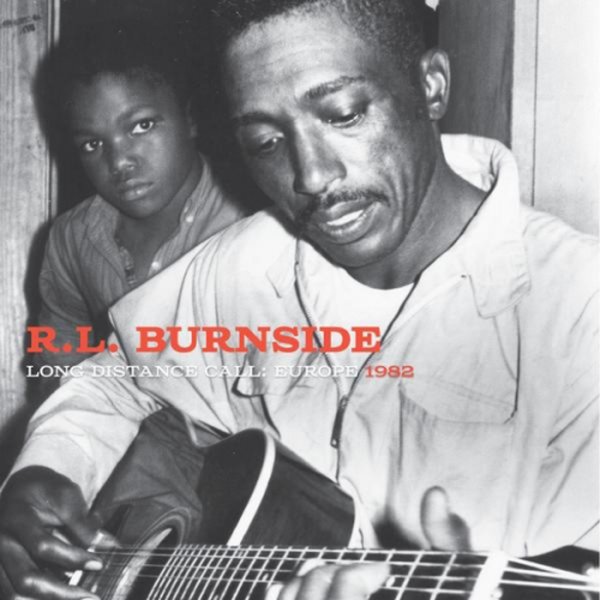 Wonderful live work from RL Burnside – done in that instantly-timeless style that he brought to recordings right from the start – maybe even more so here, as the acoustics are fantastic, and really capture the spirit of the man and his guitar! As most folks know, Burnside was a bit late to the rural blues game – but because of that fact, he's also been a key bridge between the past and the present – especially with recordings like this, which bristle with a sort of honest, back to basics vibe. Titles include "Short Haired Woman", "Sweet Black Angel", "If You Don't Want Me Baby", "Long Distance Call", "Walkin Blues", "Death Bells Ringing", and "When My First Wife Left Me".  © 1996-2021, Dusty Groove, Inc.
(Smoke colored vinyl pressing. Includes download!)

Run Get My Shotgun
Fat Possum/Big Legal Mess, 1989. New Copy
LP...$11.99 15.99
Jessie Mae Hemphill might look like an 80s blues artist on the cover, but the record's got a much more vintage vibe – as the set features field recordings done on New Years Eve in 1989, with Jessie Mae singing in a style that seems geared to ring in the year with the ghosts of the past! The ... LP, Vinyl record album

John Lee Hooker Sings Blues – 16 Selections – Every One A Pearl (180 gram pressing)
King/Sundazed, 1960. New Copy (reissue)
LP...$23.99 24.98
A monster from the great John Lee Hooker – an artist who isn't usually associated with King Records, but who issued this mighty collection of sides for the label at the start of the 60s! Most of the work dates from a few years before – gritty tracks that have Hooker at his best postwar ... LP, Vinyl record album